Sir Paul Terence Callaghan (19th August 1947 – 24th March 2012) was a New Zealand physicist and Fellow of the Royal Society who authored over 230 journal articles that present major advances in NMR methodologies for the study of molecular dynamics and molecular organization in complex fluids, soft matter and porous materials. He is most well known in the ICMRM community for his contributions in Rheo-NMR, diffusion of molecules in porous media, and development of NMR techniques that utilise the earth’s magnetic field. As the founding director of the MacDiarmid Institute for Advanced Materials and Nanotechnology at Victoria University of Wellington, he held the position of Alan MacDiarmid Professor of Physical Sciences.

Brief nominations of young investigators are accepted via the contact page before 30 June. Include name, year of PhD, current position, and link to a publication or preprint being representative of the candidate’s research within the scope of ICMRM. Eligible young investigators are at most a few years post-PhD degree and do not yet have a tenure-track or permanent position. A jury will select up to five finalists to present their work in a plenary session and choose the best presentation to receive the ‘Paul Callaghan Young Investigator Award’. 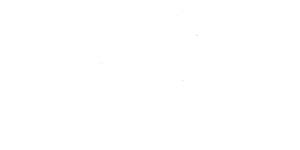 This is a notification about cookie consent or other GDPR news. Click "learn more" to see it or "OK" to accept!

We may request cookies to be set on your device. We use cookies to let us know when you visit our websites, how you interact with us, to enrich your user experience, and to customize your relationship with our website.

Click on the different category headings to find out more. You can also change some of your preferences. Note that blocking some types of cookies may impact your experience on our websites and the services we are able to offer.

These cookies are strictly necessary to provide you with services available through our website and to use some of its features.

Because these cookies are strictly necessary to deliver the website, refusing them will have impact how our site functions. You always can block or delete cookies by changing your browser settings and force blocking all cookies on this website. But this will always prompt you to accept/refuse cookies when revisiting our site.

We fully respect if you want to refuse cookies but to avoid asking you again and again kindly allow us to store a cookie for that. You are free to opt out any time or opt in for other cookies to get a better experience. If you refuse cookies we will remove all set cookies in our domain.

We provide you with a list of stored cookies on your computer in our domain so you can check what we stored. Due to security reasons we are not able to show or modify cookies from other domains. You can check these in your browser security settings.

We also use different external services like Google Webfonts, Google Maps, and external Video providers. Since these providers may collect personal data like your IP address we allow you to block them here. Please be aware that this might heavily reduce the functionality and appearance of our site. Changes will take effect once you reload the page.